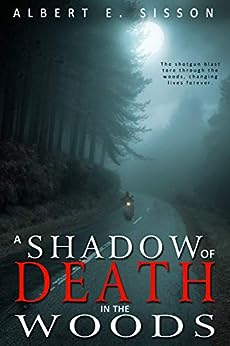 Yesterday, I wrote about Bob Jeschonek. Today I wanted to take a jag off in another direction and talk about Albert Sisson. Where Bob is a “throw it all out there” kind of a writer, Albert is a guy with a little distance to his work—and into that distance falls a dollop of sarcasm and a pinch of irony. Whereas Bob has been writing an publishing for much of his life, Albert has only come to the field in the past five or ten years.

I met him back in the early 90s when I went to work at Cummins. He was a chief engineer, and a good one. Quiet, mostly, but with a sense of humor that was sometimes witty and sometimes sharp, or on the best of days, both. He would often roast people at parties, particularly retirement parties of big-wigs, and those roasts were generally the highlights of the day.

When I pick up his material, I can’t help but read it in his voice and with his pacing.

I’m noting this because he’s a retired guy now, and he’s been spending his time putting himself into his books. This past September he launched the fifth of his “Shadow” series, which are mystery/thrillers. With the holidays coming, I figure you might find them interesting.

Here’s a link to book 1: A Shadow Death in the Woods

Or, if you’re a cat person, I can recommend Arni, the Cat, which is well-reviewed, which I admit to having an overly large enjoyment of, and which seems somewhat autobiographical, though the cat parts are, by necessity, told though an unreliable narrator. 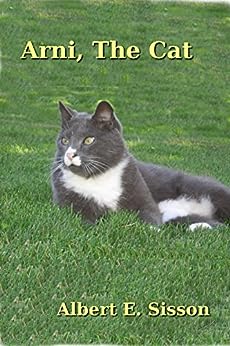 Laughs Aboard the USS Cascade give you a glimpse into like in the Navy, and I Swear, That’s The Way It Happened … well … there goes Albert E. Sisson again.

Bottom line, I think the thing I like the most about Albert’s books—besides that fact that they’re fun reads—is that he’s a great example of what the phrase “It’s Never To Late To Start” means. To my count, he’s got ten books out.