For the past couple months I’ve had the pleasure of working as a co-editor of a volume of Fiction River, which is a long-running series of anthologies released by WMG Publishing. After over 25 years of working as a writer, it’s my first foray into that side of the publishing world—and to make it even cooler I get to work with Brigid (my daughter), who is co-editing it with me. It’s great fun to work with her, not the least of which is because she’s an amazingly talented writer.

It’s all part of an Oregon Coast Workshop put on by Kristine Kathryn Rusch and Dean Wesley Smith that I’ve attended for several years, and it makes me very happy.

OF COURSE, THERE’S GOING TO BE MORE HERE, RIGHT?

Here’s the thing, though. If you’ve hung around me a bit, you’ll know I’m just the teensiest bit analytical, right? When I get interested in something, I’ll focus a gazillion hours on it so I can discover how it works and why it works. Having attended this workshop multiple times (six, I think), I’ve been interested in it for some time. So…yeah…I have thoughts and opinions. Now that the workshop itself is over, I’ve decided to do a series of posts about the process: its purposes and procedures, what I’ve done myself to get the most out of it, and how being on the editorial side of the fence has been so different from being on the writer’s side.

This first post will cover some specifics of our anthology and then give a more detailed overview of the workshop itself, specifically focusing on the learning modules that happen throughout the three-month event. Each follow-on post will explore one of those areas in more detail. In other words, if you’ve ever been interested in the Anthology Workshop and want to see it sliced, diced, and dissected, this is your series of posts.

Of course, if you want to get a feel for the event from the point of view of the originators, you can run over to Kris’s blog and read her thoughts on the week. The bouncing, and the two editors in her comments are … well … let’s just say that perhaps they would be me (and Brigid, of course, though I think Mark did some bouncing, and cut a mean rug a time or two). The difference here is going to be that for the most part I’ll have an outsider’s view. I mean, yes, I’ve been doing the workshop for awhile, but I’m not an originator. I don’t have that kind of skin in the game. I don’t have what my corporate friends might call “the full corporate history” to know what the original vision really was—I only know how it actually works, from both sides of the event now…which makes me a little unique.

Take that for what it’s worth, and let’s see what I come up with.

First and foremost, I think I should say that no part of this is being put forward by or vetted by Kris, Dean, or anyone else at or related to WMG. These are my thoughts, and my experiences. At one point I asked Dean if I could blog on the experience, and the sum total of his response was: “that sounds like fun, just wait until the workshop is over.” (Which, by the way, is the guideline given to every attending member). I have, of course, sold work to Fiction River Anthologies, and I am, of course, working as an editor for them. So I’m fine with you taking these things into account. All I can say for sure is that I’ll attempt to be true to my own vision of what the workshop is, and be open to discussing any implicit biases I might have with regard to the environment.

So, bottom line: these are my thoughts. Please do not attribute them to anyone else.

Cutting to the chase, our anthology is titled Face the Strange, and it’s going to be awesome! I literally cannot wait for that moment when I can introduce you all to the works that we’ve got lined up.

When Kris and Dean offered us the gig, we were given a big leeway on what kind of work we wanted to do. It turns out that both Brigid and I read for character, emotion, and conflict more than other elements of story. We also decided that we were interested in seeing stories across the spectrum of genre. So we wrote up a set of guidelines that told writers to put two sapient beings from very different perspectives together in unusual ways, and then show us the result. We wanted all genres, diversity of viewpoints and backgrounds, and a wide array of voices.

Have I mentioned that what we got is amazing?

Just in case I forgot to, I’ll say it again. The stories make me smile every time I think of them. The only thing that would have been better is if the publisher would have fallen for my boldfaced ploy to wrestle double the wordcount because we had double the editors. (Hey, it seemed reasonable to me).

I’m sure I’ll be talking more about the anthology as time goes along. At present we don’t have an actual release date—but I’m sure I’ll find a way to mention it here and there. For the rest of this post, let me talk about the workshop itself.

JUST WHAT IS THIS ANTHOLOGY WORKSHOP?

Bottom line, this workshop is a full-featured plunge into the world of traditional publishing for short story writers.

Take a moment to unpack that seemingly simple sentence.

If you follow me down this rabbit hole you’ll see that over the three months the workshop unfolds over, it teaches pretty much 100% of the skills one needs to use the traditional publishing model for selling short stories.

That’s it. But that’s huge.

All in due time.

Fundamentally, though, the workshop breaks down into the following sections:

That’s it in a nutshell. A total traditional publishing experience in a box.

Of course, each section has layers upon layers of nuance. Hence why I’ll write more in the near future!

WHY THE WORKSHOP WORKS

The best way to learn is by doing, or so they say, and the workshop teaches its lessons in an experiential way. When it works, it works either because writers are mindfully taking in the lessons it’s giving, or by that magical sense of osmosis that sometimes happens when things click.

As an analytical guy I recommend the prior, but acknowledge that the later exists…even, as much as I boggle at it, for me. Life is beautiful, after all. Sometimes you just wake up and the world has changed, right? It’s a thing related to the fact that the shower is a great idea generator.

Okay, yeah, maybe that was TMI.

WHY THE WORKSHOP DOESN’T WORK

Bottom line, however, is that the workshop works for writers in the same way that any training works for any other profession—unevenly. Just like corporate leaders sometimes are not in a place to learn when they go to a conference, sometimes writers don’t arrive in the right mindset, either. Or sometimes they just aren’t in the right space to take full advantage of the lessons. Maybe it’s too early for them, or (perhaps oddly) too late.

Something I hope to touch on as I dig deeper is how the value of the workshop has changed for me as I’ve changed as a writer, and how it’s changed again as I’ve become a business/publisher in my own life. At the end of the day, though, one of the biggest things to keep in mind when you come to this kind of all-encompassing workshop is that–depending on where you are in your personal voyage and what your personality is–it might be beneficial to attempt to use the framework above to define your personal learning goals for any one event. Otherwise, it can become overwhelming.

One of the easiest ways for the workshop to fail (note the implied opinion there), is for the writer to walk in without understanding exactly what the workshop is.

The environment can be confusing, really. I mean, it’s at least 60% full of writers who are doing a lot of indie work, but it’s modeled on the traditional publishing process. For those of us who have been doing this for a lot of years, the simple linguistic nuances of how we talk about publishing can change on a dime and we’re fine, but a newer writer may well find the winds of change are strong enough to whip their heads right around.

Another way is for the writer to focus on the idea that they have to sell work here for it to be a successful event. It’s an easy trap to fall into. I’ve done it myself, so I totally get it. But when a writer focuses on that element of the program above all others, they are missing almost all of the learning opportunities available. I’m sure I’ll talk more about my own successes and failures in this area as I go on.

So, yeah, the workshop can fail. It never has to. But it can. Or at least it can wind up being less successful than it might have been otherwise. This is a complex thing, and I’ll probably be spending a lot of time talking about this aspect of the event. Because, at the end of the day, it is my opinion that this is a craft workshop above all things. A participant should always be able to walk away from it as a better and more productive writer.

That’s the overview post. I’ll be back later to expand my thought on each segment. I’ll try to be as open, direct, and professional as I can be.

It should be fun.

In the meantime, I think I’ll go back and take a scan at the stories the Brigid and I are going to get to present to the world. 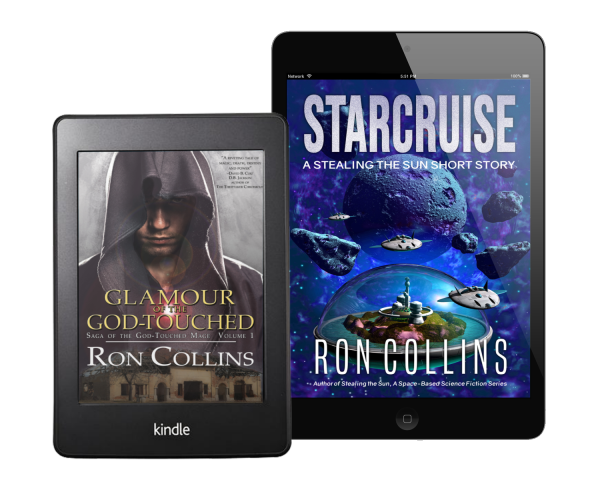 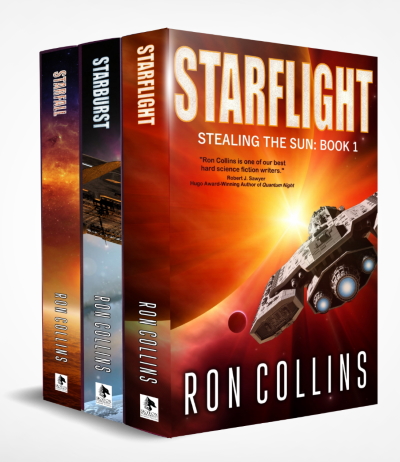 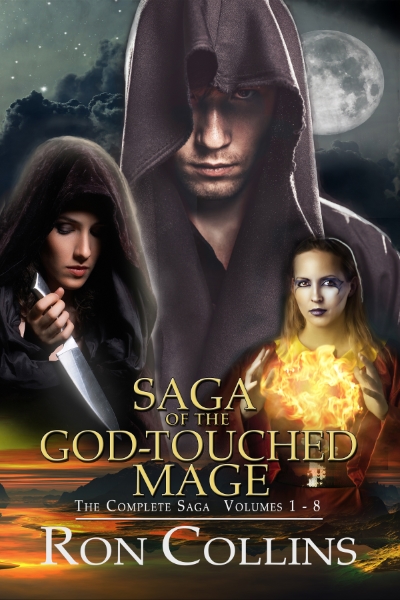 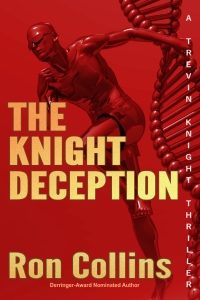 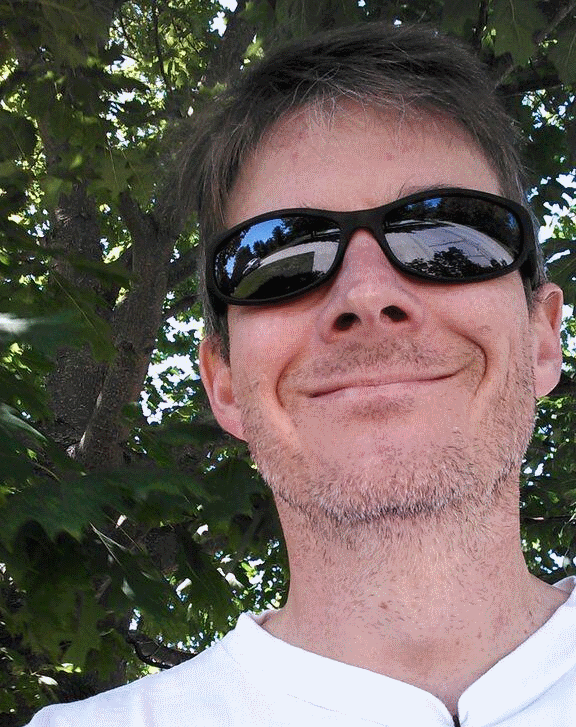